This is my grandmother’s beef noodle soup recipe.
It doesn’t look like any of the other recipes I’ve seen online.
But Grandma lived in Taipei most of her life and this is just yummy.

1 beef shin 牛腱, about 5 lbs cut into at least 2 in chunks, don’t cut the pieces too small otherwise they all dissolve.
1 package beef tendon if you like it. I don’t put extra in anymore because Harry won’t eat them and I get left with a pot tendon and no meat.
equal amounts of tomatoes and onions maybe 2 lbs each? or a can of tomatoes. about a quart of canned tomatoes?
1/2 can of sweet noodle paste (甜面酱）tian mian jiang
1/2 can of douban jiang spicy bean paste (豆瓣酱）or you can use 1 can of the above depending on your spice tolerance 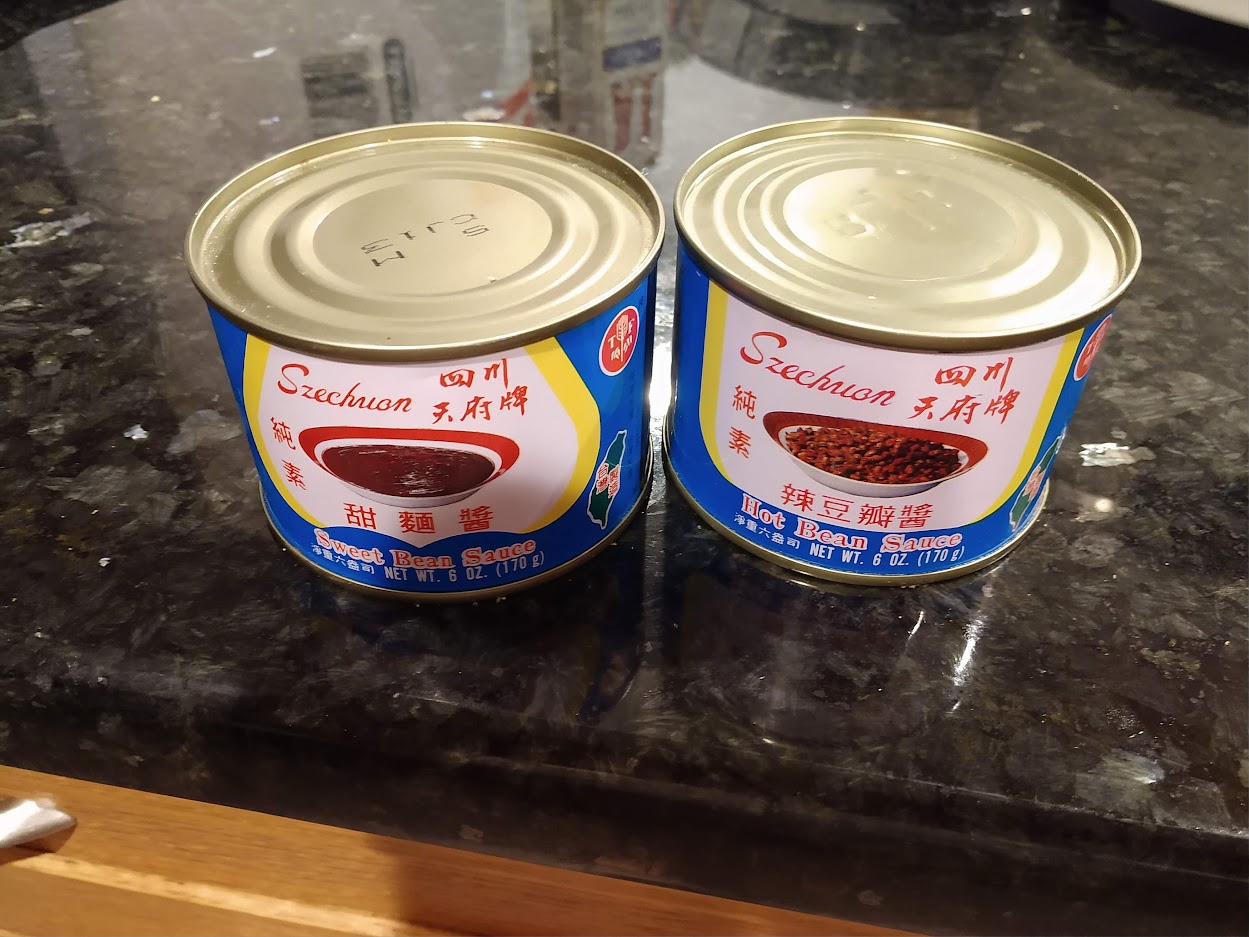 1. Cut the meat about 2″ pieces
2. Cut of the tomatoes and onions about 1″ chunks.
3. In a heavy pot, heat up oil in the pan about 1/8″ deep? Medium heat.
4. Add about a Chinese soup spoon of sugar. Watch the sugar brown, once the edges start turning brown (it happens really fast). Stir the sugar around.
5. Brown the meat in the pan. you may have to do this a couple of times.  Add sugar and oil as needed.
6. Remove the browned meat from the pan. pour out the extra oil. Then saute the onions until translucent.
7. Put the meat back in the pot. Or if you are planning on using a crock pot put everything in the crock pot at this time.
8. I mix everything up look at how wet things look and add a little water and rice wine to give it some liquid to get things going. The onion and tomatoes produce most of the liquid for the stew as they cook.
9. This ends up being a really thick stew. I serve it over noodles or rice. If it’s noodles I will add noodle water to the bowl. oh and Shanghai baby bok choi. I throw those in the with the noodles towards the end. or I throw a handful of baby spinach in the bottom of the bowl before I add the noodles and water.

Use the Sauté setting to brown the meat in turns in steps 3 – 6.

Continue with step 7 & 8.Seal the Instant Pot and use the stew setting.

Or pressure cook for 35 minutes on high.

Let the pot naturally vent.  I let it sit for about an hour and a half.  Mostly because I forgot about it.Then I let it slow cook for 2 hours more on high. More because I wasn’t going to eat it right away.

This site uses Akismet to reduce spam. Learn how your comment data is processed.